Even Death Can Die – Pre-order

Equipped with your smarts, your notebook, and your code of honor, you scour city streets in search of its deepest secrets.

Some secrets go deeper than others.

EVEN DEATH CAN DIE features nine twisting, turning, adventures in a world both hardboiled and cosmically horrific.

One For the Money: Scholarly WW2 vet Langston Wright fights for room to breathe in wartime Washington under the shadow of Jim Crow. Rhino Jones is one tough cookie, and he makes it impossible to turn down a demand to identify the culprit who stole from him and killed his crew. This plunges Langston into a blurred otherworld of corrupt businessmen, Nazi spies, a deadly weapon prototype.

The Shadow Over Washington: Langston knows an ancient enemy is rising, but he is trapped a million years away. An extraterrestrial intelligence inhabits Langston’s body, dodging bullets as well as a monster controlled by a megalomaniac. Can Langston regain his selfhood in time to save the nation’s capital?

Preacher Man Blues: Langston Wright investigates a traveling fire and brimstone preacher spurring the  black community to action. The police want him silenced. Local churches want him to move on. What do those slaughtered animals have to do with it?

Ex Astoria: A brawl between picketers from the miner’s union and scab laborers working on the Winn Water Tunnel turns into a riot, with Vivian Sinclair on the scene reporting. But scab workers are the least of the miners’ concerns.  Can Viv prevent further injuries and an environmental disaster?

Boundary Waters: Vivian Sinclair’s third cousin, society heiress Tabitha “Tabby” Sinclair hosts a benefit gala aboard a gambling ship. Vivian accepts her invitation to cover the gala, keen to investigate rumors about the boat’s other international activities. But under this swell affair skitters something creepy and crawly.

The House Up in the Hills: Hard-boiled private eye Dex Raymond prowls Los Angeles, led by his nose for trouble. A supposedly straightforward auto fatality case hurtles Dex toward sorcerous members of L.A.’s business elite, a wave of rat attacks, and a child’s disappearance.

High Voltage Kill: A legendary designer of spark-flinging horror movie props becomes Dex’s client when some punk swipes key set pieces from 1931’s Frankenstein. Dex encounters a man so determined to get revenge he’s willing to kill anyone who gets in his way, be it bystander, cop, or hardboiled private eye.

Skin and Teeth: The Revelstock hotel, on South Normandie near Pico, is a place where the shady go to hide out and/or ply their trades. But one of the maids found something so terrible under a bed while cleaning that even the mob-connected owner Hal Cade is sweating. The answer lies in a shocking disaster of the recent past—and something older still.

Even Death Can Die features nine twisting, turning, adventures for the one-player, one-GM Cthulhu Confidential in a world both hardboiled and cosmically horrific. 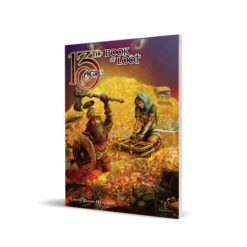 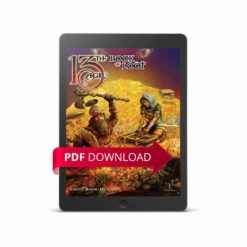 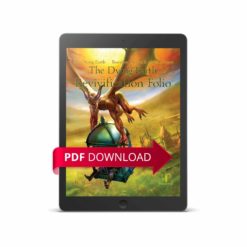