“There in the narrow hall, outside the bolted door with the covered keyhole, I often heard sounds which filled me with an indefinable dread-the dread of vague wonder and brooding mystery.”-HP Lovecraft, The Music of Erich Zann

What better to set the tone of your Trail of Cthulhu game than some superbly crafted music? Musician James Semple has created four tracks specially for Pelgrane Press to enhance your horror roleplaying experience.
Trail of Cthulhu features elements of tension and horror but also thoughtful and considered investigation and dramatic moments of revelation. The music here is designed to play beneath those key moments to help enhance the all-important atmosphere of the game. In creating these tracks James Semple drew upon many influences from the worlds of classical orchestral music and film scores. The Golden Age scores of film composers such as Franz Waxman and Bernard Herrmann were particularly inspiring.

Trail of Cthulhu Theme (Pulp)
The Pulp theme emphasizes the action scenes of a typical game, inducing excitement, and depicting an encroaching terror and a desperate flight to safety.

Ruminations
Ruminations was written for a classic investigative scene. Many times I’ve found players puzzling over the clues they have for long periods. This music helps reflect the background tension and sense of lonely desperation so typical of the game.

Anagnorisis
Anagnorisis is the moment when the Investigators understand the true horror of what they are facing. The opening of this track is a whole minute of anticipation in sound design building into the orchestra and vocal chorus.

Trail of Cthulhu Theme (Purist)
To open a game played in the purist style, this theme conveys a sense of a mystery and a brooding threat just out of sight but constantly lurking and waiting.

What better to set the tone of your Trail of Cthulhu game than some superbly crafted music? Musician James Semple has created four tracks specially for Pelgrane Press to enhance your horror roleplaying experience. 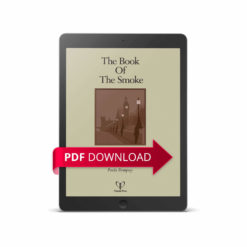 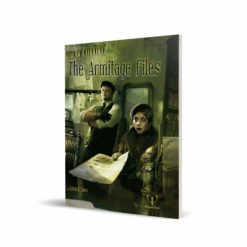