Skip to content
View cart “13th Age: Eyes of the Stone Thief Limited Edition” has been added to your cart.
Add to wishlist The limited edition of 13th Age is faux-leatherbound with gold foil. Each one includes a sticky-backed book plate signed by the four creators for you to add to the book. 13th Age combines the best parts of traditional d20-rolling fantasy gaming with new story-focused rules, designed so you can run the kind of game you most want to play with your group. The limited edition of 13th Age is faux-leatherbound with gold foil. Each one includes a sticky-backed book plate signed by the four creators for you to add to the book. 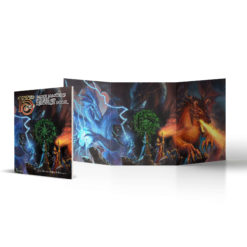