Dead Rock Seven again demonstrates Pelgrane’s superior skills aptitude with design by creating a truly beautiful product. It brings over some the same similar layout, font and formatting used in the Ashen Stars core book- with but with a small number of modifications. Those slight adjustments are critical as they instantly position the GM to the sequence they need for running each scenario/adventure.

If you think that a mystery adventure has to follow a fairly straight line, these cases will disabuse you of that notion. Hanrahan’s put together an excellent collection that shows off the many different kinds of missions which could be taken on in the Ashen Stars universe. 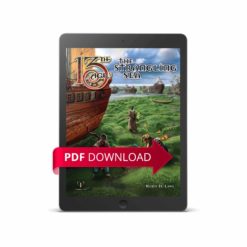 All We Have Forgotten