Footsteps 4: Beyond the Mountains of Magnatz A picaresque series of adventures for the Dying Earth, featuring the evolving exploits of advancing Cugel-level characters.

BEYOND THE MOUNTAINS OF MAGNATZ (Footsteps of Fools: Part 4)

You may have thought your adventurous rogues were trapped in the barren north until the sun went dark. But no, the former Lords of Cil are on the move again. Initially reprising their roles as the heralded Lords, the adventurers must:

The other adventures in the series are “1: All’s Fair at Azenomei”, “2: Strangers in Saskervoy” and “3: The Lords of Cil“, all available in PDF form from the webstore. The next publication in this series (“5: And Thence to Almery“) wraps it all up. It carries the PCs from the Northern Scamander, through Erze Damath, and via Old Romarth back to Azenomei and an epic confrontation with Iucounu the Laughing Magician.

Turjan’s Tome is essential as an adjunct to this publication if you are evolving PCs towards full Turjanic capacity, as you need to refer to specific rules, spells, items etc and add them in. The Tome also allows significant and easy expansion of BMM in the adventurous Cugel style, as many spells and effects from the Tome are referenced within. But it is not technically ‘essential’ if you are content to improvise, invent magic, and keep your PCs more Cugelesque.

Part four in the picaresque Footsteps of Fools series of adventures for the Dying Earth RPG, featuring the evolving exploits of advancing Cugel-level characters. 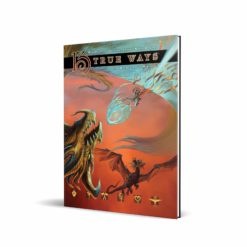