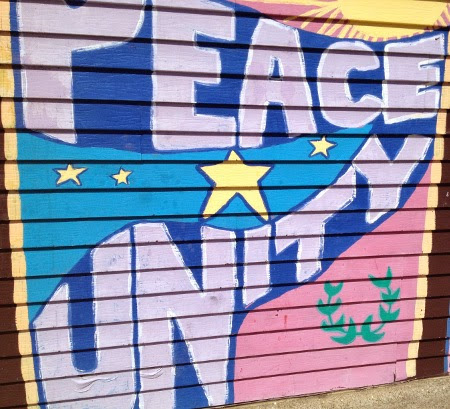 In DramaSystem players both work together as co-authors to build a story, yet also compete as characters in pursuit of their unmet emotional needs. By requiring you to call scenes featuring other characters who don’t necessarily want to give you what you seek, it bends you toward conflict. But if you’re used to a more traditional game in which you all work together to solve an external problem, like the mysteries at the heart of GUMSHOE, your group reflexively pulls together. Albeit with a little bickering as you plan solutions to problems, for spice and contrast. As players we have good reason not to want to get too harsh with each other: that goes against our social instincts.

That’s one of the main reasons why DramaSystem keeps a GM in the mix. When you’re in the GM’s chair, your task will often be to break up the group as it moves toward harmony. YouR primary weapon here are the externally pressuring plot developments found in each Series Pitch under the “Tightening the Screws” header. When the group gets too cozy and too lovey-dovey, pick a shift in their underlying situation that will again pull them apart.

Not coincidentally, this mirrors the flow of ensemble-cast TV shows. You can find the best example of this in the sitcom “Community.” The title tells you what you need to know. Again and again, a new situation shifts the equilibrium of its key setting, Greendale Community College. This pulls members of the core study group apart. Usually one or two of the characters is inspired by the shift to pursue an emotional need that trumps collective harmony. This leads to comic disaster, and the eternal, heartfelt realization that the group matters more than the individual. The group drifts apart, then reasserts itself.

A couple of cast members, chiefly Chang and Dean Pelton, orbit the group without being part of it, often generating or amplifying the conflicts that pull at the threads of group unity.

DramaSystem main casts organically tend to mirror this pattern, with a tightly knit if internally fraught key group, and one or two outliers. Many scenes revolve around efforts to bring the outlier more fully into the fold.

In my own group I’ve noticed that certain players gravitate to the outlier role and others to the harmonizer. This goes far beyond Hillfolk, repeating itself in more traditional procedural games as well. If you spot this in your own play, you might experiment by making a pact with your counterpart to step outside your comfort zone and switch roles next time.