Continuing our recent spate of playtests for Pelgrane Press, we’ve played a session of Hillfolk the first game using Robin Laws’ new DramaSystem engine. I had the pleasure to play a session with Robin and Simon (among others) around Dragonmeet and was looking forward to dropping it on my group.

The game is set in a non-fantastic but a-historical version of 10th century BC Levante, with the characters comprising the elite of a hill-dwelling tribe of raiders. Here is a simple map of the area: 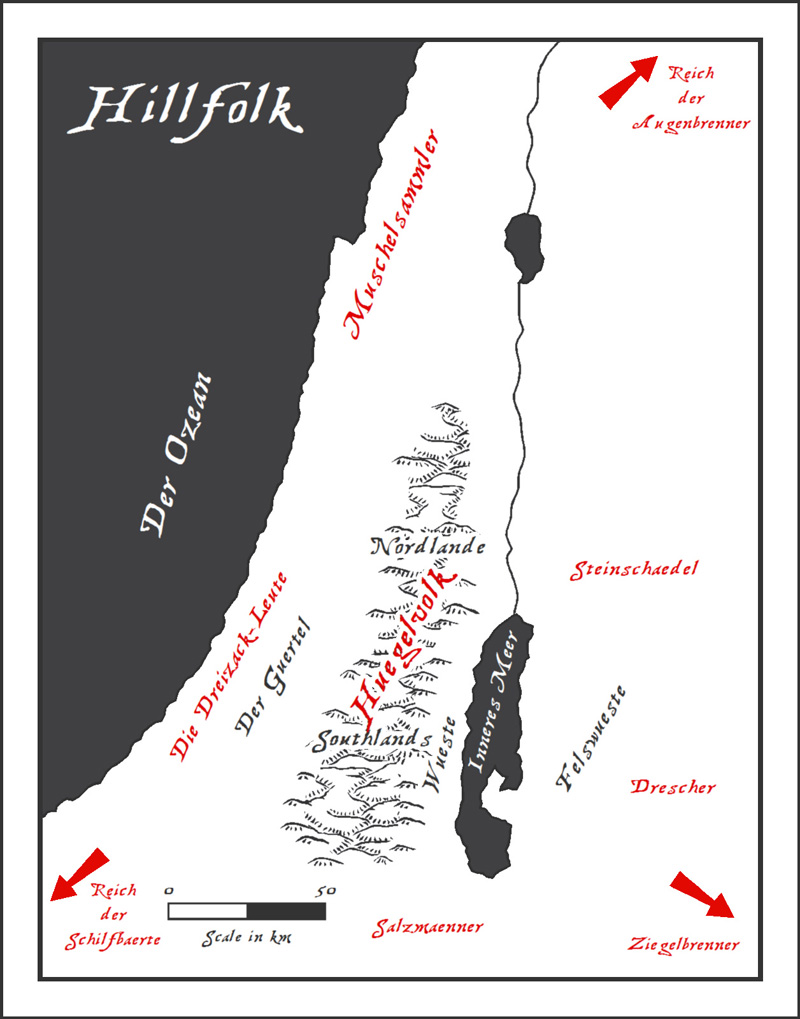 But the really interesting part is not the setting – which is drawn in very rough strokes and left to the players to detail during the game. The game’s engine – the DramaSystem – is designed to foster emotional, inter-PC relationships that become the focus of play. A simple but clever reward mechanism encourages giving and taking between player (and non-player) characters, circumventing age-old habits of not-moving from your character’s position.

The character generation builds a web of character relations to start with and makes sure everybody has stuff they want from the others. Here’s the relationship map we created: 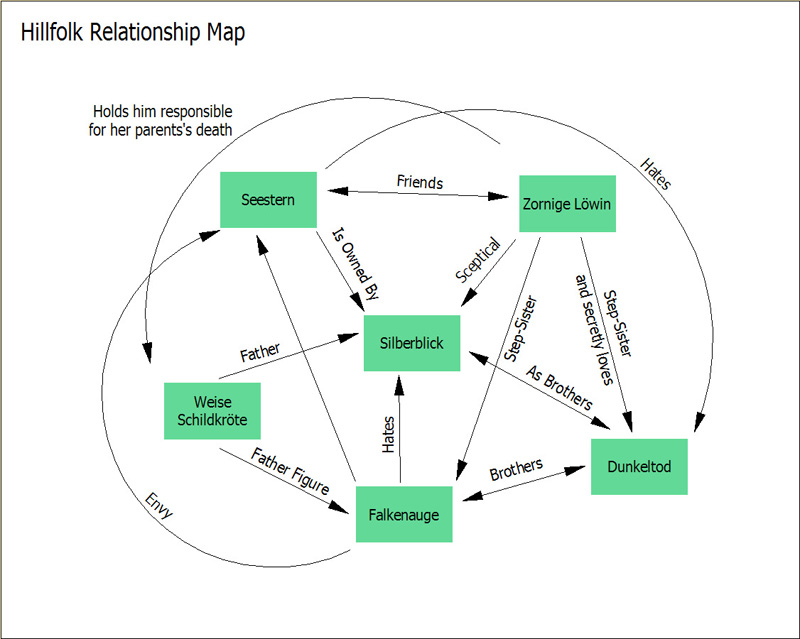 From there players (including the GM) take turns setting a scene furthering either their own dramatic stories or external procedural goals. The stories interweave to build a whole that is more than the sum of its parts.