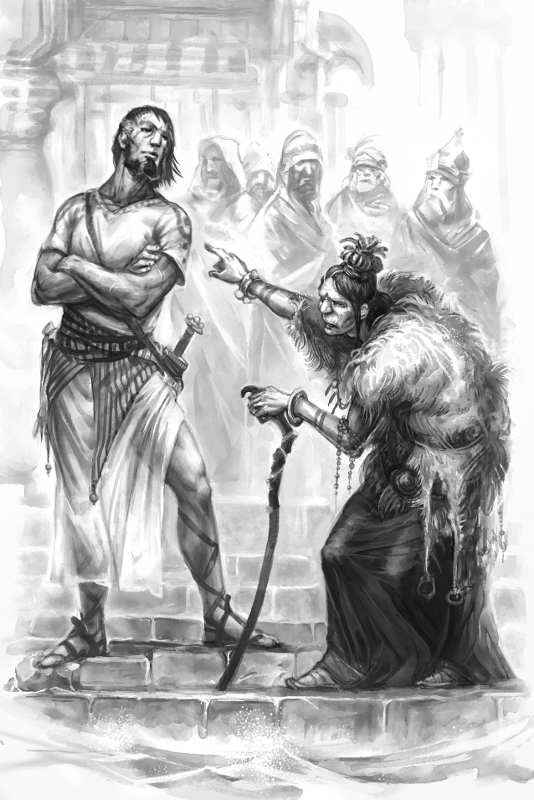 Within any gaming group you’ll find a variety of tastes regarding any facet of the roleplaying experience. According to a Thing I Always Say, one of the main tricks of GMing is to find the sweet spot between those tastes and gratify it at the gaming table.

Yet you can’t even get to the gaming table if you can’t agree on what it is you want to play.

Some gamers love novelty. They follow design developments avidly and want to know the cool new thing by direct experience. They want to play the new games they’re excited about, not just hear about other people playing them. If you read columns like this one you may fall into that category.

Others could care less about that stuff. They know what they like and they’ll have more of that, thank you. News of a promising new thing brings them nothing but cognitive dissonance. It threatens to disrupt their groove, to deprive them of the pleasure they’ve already found by pulling the attentions of their group elsewhere. They do not read columns like this one.

A basic tenet of the Robin’s Laws theory is that you can’t really change someone else’s tastes. Players who treasure familiarity, or the element that their familiar game already delivers better than any new thing could, ultimately can’t be made to like something different.

On the other hand, some of the very people who are most averse to a new concept in roleplaying turn out to be its most fervent advocates, once they undertake the mental shift needed to embrace it. In these instances the very strength of their resistance turns out to be a symptom of that adjustment starting to take place.

You can’t always tell ahead of time which category a player falls into. Sometimes I’ve designed games thinking that a particular fan of one of my past designs is just not going to be on board for this one. Their initial responses prove my assumptions right. Until they surprise me by digging in anyway and becoming textbook cases of the conversion experience.

So, as a novelty-seeking GM, you can only lead a horse to water. But if you sharpen your sales pitch, he might just take a drink.

Pitch the fun, not the theory. Players leery of novelty don’t want to hear about how new and different this game is. They especially don’t want to hear about it in the abstruse terms the cognoscenti use to discuss game theory on their favorite forums. This may be why you’re interested in it, but for them the newness is a drawback, not a selling point. Instead, find the core activity of the game and describe that. What do the player characters do in this game? Make that the focus of your presentation.

So with Hillfolk, it’s not, “this system hinges on dramatic interaction, bringing to life the structure of emotional interactions from other story forms.”

It’s “you raid, feud and make alliances in as hardscrabble tribesmen in an age of hungry empires.”

Find a familiar hook. From having played the game she’s reluctant to set aside, you know what this player enjoys doing. So as you expand from that initial description of the game’s core activity, do so in terms allowing her to picture herself doing the stuff she enjoys.

“So if you played a character like Dagedin from our Earthdawn game, you can finally build that web of alliances she was working on before the horrors ate her.”

If she always likes to build items: “So let’s say your character invents stirrups two thousand years earlier than in our history. For you, the campaign would revolve around demonstrating them, convincing your tribe to use them, and then pressing your advantage before everyone else cottons on to your design.”

If she likes to bash stuff on the head: “So imagine a society where your bruiser isn’t a feared outcast, but a revered hero of her clan.”

Shorten the curve. Novelty-shunning players may be assuming that the new game you want to try requires the same enormous investment in time and memorization that their current favorite does. Chances are that a new cool thing of today is simpler and faster to get into than its counterpart from a decade ago. The Revivified version of Dying Earth, for example, gets you playing right away instead of asking you to participate in the usual involved character generation process of a traditional game. Assure the reluctant player that the effort cost of trying the new thing is much lower than he may be imagining.

Naturally the challenge of pulling this off increases if you’re pitching a game as or more complicated than the player’s favorite. Promise an introductory session taking the workload out of the player’s hands. Supply a pregenerated character. Build that character to be as simple to play as possible, both in terms of the rules complexity the player will have to handle at the table, and in its similarity to his past favorite PCs. If you do get the player to sit down and take part, teach only the rules you need as you need them, framed for maximum clarity and simplicity.

Acknowledge burn marks. Has the player been burned by past attempts, by you or other GMs, to introduce new games? If so, show that you’re aware of this and will avoid a repeat. Outline the key differences between the game you want to try and the one that crashed and burned. This may be more a matter of demonstrating that you see the mistakes that crashed the last swing at a new game, and will make sure that they don’t recur.

Play to please: If you do get the green light for a trial run, focus on the leery players and tailor the action to show them a great time. Draw them into the story. Invest them in their characters. And end on a question mark, to make them want to come back for more.

This month’s topic comes courtesy of Chris Bloxham and his play group, as a perk of his Badlands Overlord reward tier from the Hillfolk Kickstarter. Thanks for the great question, Chris!