We all believe that players should have meaningful choices when running their characters through adventures, whether they’re published, prepared by the GM, 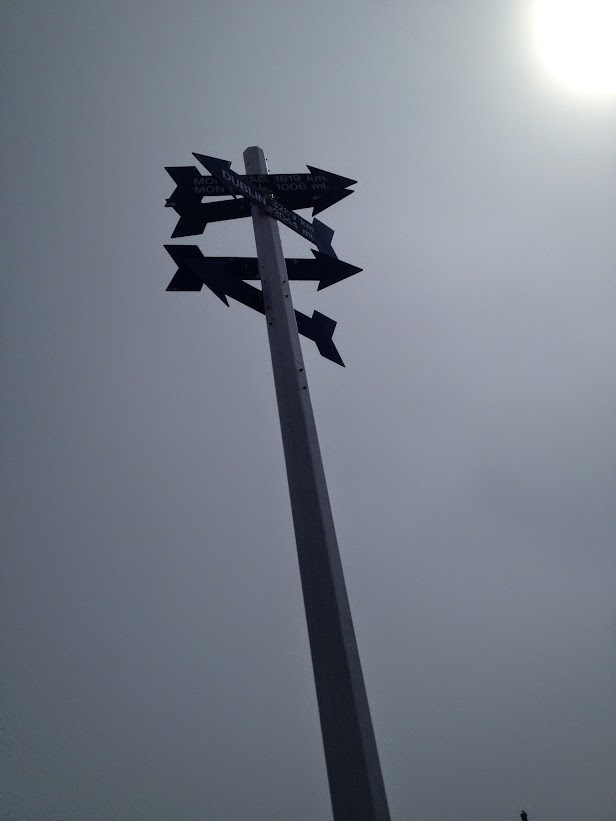 or created on the fly. Although we decry gaming stories that can’t go in multiple directions, you often also hear GMs at troubleshooting panels wondering how to keep players “on track.”

Published and prepared adventures that do offer meaningful choices have to account in advance for the many directions a premise might develop in. In other words, they require the writer’s time, and the room in a published book’s page count, to create more material than will be realized at any single gaming table.

Even improvised branches have a cost, in the thought energy of the GM as she thinks up a response on the spot and wonders how that might impact all the other dominoes she and the group have set up so far.

To help us wrestle with the eternal tensions between GM-driven and player-driven narrative, let’s step back to categorize the various ways adventures branch.

Whenever a game’s rules get used to resolve something important, it can change the direction of the story. If the cleric gets wounded, you have to take him back to town. If you fail to protect the witness, you lose her testimony. This is the most common type of branching, and one often that takes care of itself—as long as the GM or adventure writer remember to give the characters chances to use their abilities. Choices grow from an interaction of the random (the die roll) and choices previously made by the players, when they created their characters or boosted them through experience. However because it doesn’t involve a player huddle it’s easy to leave it off the list of choices that pivot the story.

A blind choice is one in which the players get to decide the direction of the storyline but have little or no context for the decision.

The classic example here is the dungeon corridor with two doors, one leading to the left and the other to the right. The adventurers have no advance knowledge to base their decision on, and must choose arbitrarily.

A more GUMSHOE-y example occurs at the start of an investigation, when the team decides which of several promising leads to pursue first.

Though blind choices aren’t the richest possible branches, they do show the players that they control the story’s direction. They might allow interesting character moments—by wanting to talk to the ladies at the nursing home before the bikers, I reveal something about my Ordo Veritatis agent. And because the players have little to go on, they have less to discuss, making for a quick decision.

A false choice presents the group with an apparent branch that isn’t.

The classic false choice is the dungeon corridor with two doors, one of which leads to an empty expanse of trackless passageways; the other, to all the monsters and treasure and fun stuff. The fun stuff is behind whichever door the players choose. So if we, the players, pick the red door, we go through it and have our adventure, coming back later to peek through the blue door and discover that we picked the best one in the first place. But if we’d picked the blue one first, it would have been the fun one.

To coin a phrase, this is one of those techniques that works only if it works. Your players may be quite happy to savor the feeling of choice, without ever knowing that you steered them toward the only option you prepared for them.

This goes to one of the great conundrums of adventure design, the subjective way in which we experience choice. Players given no true decision-making power can feel that they had it, and players who had many sharply different choices can still leave with the impression that they were railroaded.

An informed choice is one in which the players have enough information to weigh the consequences of their decision.

In the door example, they might have been told that there are orcs behind the left door and mushroom people on the righ. They can then decide which type of monster they want to hit first.

An adventure can frame an informed choice as a trade-off, with pros and cons on each side.

If you decide to ally with the kch-thk, you’re choosing the superior fighting force, but can exert less control over their actions on the battlefield. If you pick the ragtag human colonists, you can rely on them to follow orders, even if they can’t muster the numbers or firepower the kch-thk would.

Informed choices give the players a high degree of control over the story’s direction. However, if they’re not tough choices, the GM or adventure are actually still nudging the story toward a predetermined path. And if they are tough choices, they’ll take a while to make. How much fun they really are depends heavily on how well the group makes complex decisions. Players who always butt heads with one another may prefer less narrative control, if it also means cutting down on the wrangling. Also, many people feel they face enough tough choices in real life and prefer their roleplaying narratives to present them with simple, comfortingly binary right-or-wrong answers.

Player-driven branches occur when the players create a choice point the GM or adventure writer did not anticipate.

Instead of picking the red door or the blue door, they don’t even go to the dungeon. Instead they decide to foment a gnome rebellion in the dwarven mine they pass on the way.

Instead of interviewing the witnesses the adventure mentions, they decide to go delving into a suspect’s banking records—a logical step the scenario doesn’t anticipate.

The fun value of a player-driven branch turns on how readily the GM can respond to it. In a crunchy combat-driven game, it might be hard to whip up stats for dwarven slavers and whip up a satisfying environment to stage the battle in. Simpler rules sets foster easier improv.

The more logical the players’ surprise choice, the less freeing it will feel to them. Of course any investigator would check the bank records first! What’s the big deal?

This might also be called a GM-facing choice. Sometimes you’ll find an element in an adventure where a die roll, hidden from the players, determines the direction of a story. A scenario that tells you that “There is a 40% chance that this room contains a ghost” is engaging in random branching. As is any mechanism that asks you to roll on a random table to see who the characters encounter, whether there are any cabs driving by, what businesses ply their trades on a particular street, or if the planet the spacefarers see on their viewscreens is habitable.

Players expecting to interact with a modeled world that isn’t set up to provide them with story opportunities may prefer lots of random branching.

In general though, if a choice falls in a forest and no one is around to perceive it, the objective of multiple possibilities, to give control the players, remains obscure.

To give freedom-seeking players influence over the scene, another choice type must be arise from the random roll. Once they’ve found that statistically generated habitable planet, they might then decide whether they should explore it themselves, or merely sell the coordinates to the big settlement company back on the homeworld.