A while back we learned of the vials of supposedly destroyed smallpox virus that turned up in a laboratory storage room in Bethesda, Maryland. Luckily, no one was exposed to the deadly disease, allowing us to guiltlessly mine the incident for scenario inspiration. How you might use it depends on the game you’re currently running: 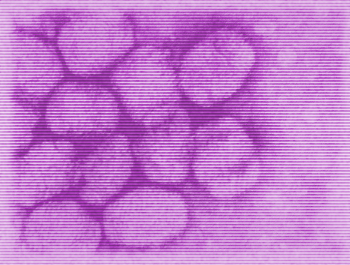 Ashen Stars: The lasers get a contract to find out what happened to an archaeological survey team tasked to explore the ancient alien ruins of the outlying world Cophetus. They arrive to find the team’s base, with evidence that they had located the tomb of a great emperor and were set to open its entry hatches. The team’s interpretation of the hieroglyphs found on the side of the complex alert them to a different story—this was the tomb of the ancient pathogen that nearly extinguished this mystery civilization. Can the team learn enough to locate, rescue and decontaminate the archaeologists before they succumb to the disease—or spread it to the stars?

Mutant City Blues: Conspiracy blogger Warner Osterman is found dead in your jurisdiction, a .22 bullet in his brain. His last story was about finding serum sample vials in a disused military laboratory. According to the contents of his laptop, Osterman believed these contained a version of the disease that caused people around the world to gain super powers ten years ago. That’s the angle that gets the case assigned to the HCIU. Did Osterman die because he got too close to the secret of the Sudden Mutation Event? Or just because he made people think he did?

Dying Earth: Locals in an isolated village your neer-do-wells happen to traipse through run a lucrative sideline in waylaying treasure hunters. When visitors come, they let slip the presence of an ancient treasure vault, one they pretend to be too superstitious to venture near. Over many years they’ve learned the right words to trigger the greed of arrogant freebooters. The adventurers head off to plunder the ancient temple, which in fact is the repository of an enervating energy left behind by a heedlessly experimental arch-magician. The magical plague kills off the visitors. Then, armed with protective amulets, villagers head on down to strip their corpses of valuables. Can our anti-heroes escape the fate of so many likeminded troublemakers before them. If so, do they turn the tables on the rubes who so impertinently used their own greed against them?