As a general rule, writers learn to avoid repetition. In the immortal words of David Byrne, say something once, why say it again?

When writing roleplaying material I have to keep reminding myself to strategically violate that general rule.

If there’s one thing playtesting has taught me, it’s that you can write a rule or piece of guidance once, twice, or even three times and still have readers miss it. And roleplayers belong to a pretty elevated class of readers.

But roleplaying texts are dense, and are often read in a non-linear order.

Also, some best practices, even ones we all think we know deep down in our gaming bones, remain elusive in the heat of the moment. Basic common sense they may be, but playtest comments remind us that they need constant hammering home.

One of them is that, although scenarios link clues to a specific ability or abilities, the players can always get the clue if they present you with a credible alternate method. This means credible for the genre, not for our prosaic reality.

Another point you might consider basic to the hobby but nonetheless frequently requires reinforcement is that the GM may have to improvise new material, from minor details to whole scenes and branches, in response to unexpected player choices.

Along with these, here are two more things I often find myself writing into GUMSHOE scenarios, wondering if I should prune them back in favor of a general word in the introduction. In the end I wind up putting each reference back in. Because they can’t, it turns out, be repeated quite enough.

In Response to Specific Questions

A block of scenario text will often provide a set of bullet points a particular witness, suspect or other target of Interpersonal abilities might provide. For example:

After enough Streetwise to convince him you won’t rat him to the cops, Lou says:

I always wind up inserting a phrase into that intro line, so it goes like this:

After enough Streetwise to convince him you won’t rat him to the cops, Lou answers specific questions as follows:

One, it encourages you as GM to break up the information into bite-sized pieces. The scene becomes a back-and-forth between you and the players and not a pause to paraphrase or read text from the scenario.

Two, it requires the players to do more than name the Interpersonal ability they’re using and sit back for a flood of exposition. They still have to ask the right questions to get the info they need.

I’d like to treat this as a given but the lure of text on paper makes it all to easy to forget to keep it interactive.

No Need to Squeeze the Rind 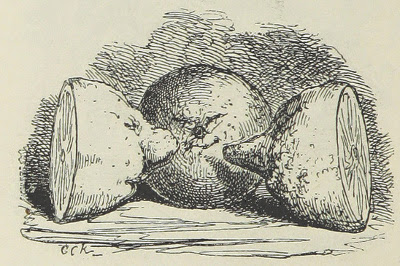 In a dungeon crawl, the PCs might miss out on entering particular rooms. But once in a chamber, you expect most of the stuff listed in its entry to happen: the heroes fight the monsters, encounter the traps, and strip the room for loot. Later innovations, like “taking 20” in D&D 3E and its heirs, go further to ensure that everything that can happen in a room, does.

In an investigative scenario, the writer needs to cover more material than any one group will ever uncover. GUMSHOE gives players lots of information, requiring them to sort out the incidental and flavor facts from the core clues required to move to the next layer of the mystery. It must anticipate the most common questions a group will ask.

But that doesn’t mean that any one group will ask all the questions the scenario answers. Some may efficiently ask only the one or two germane questions and move on. Others will pose every query they can think of. No two groups will come up with same list of queries. In a well-designed scenario the logic of the situation leads the players to ask the question that prompts the witness to mention the core clue.

By its very nature, any adventure genre scenario that allows for plot branching has to include text for more scenes than any one run of that scenario will touch on. If it gives you the option to form a bond with the vicar over your mutual interest in pagan sculptures, but no one in the group chooses to pursue that, that’s the price of true choice. Even if the scenario writer included some really cool stuff featuring the vicar.

The players haven’t failed to engage in all possible interactions. They’ve made the choice to interact with other things—the family who live near the graveyard, or the folklorist staying with them at the inn, or whatever.

Nor has the scenario failed to force them to do everything. If an adventure eventually requires you to exhaust every alternative, they’re not really alternatives.

A scenario that provides freedom and choices must include more material than any single group could possibly activate. If that means you as GM see the potential for cool scenes that your players never touch, that’s not just acceptable. That’s a non-linear scenario working as designed.