This month features an epic soundtrack for the 13th Age from James Semple and his team; fun facts and business figures from last year brought to you by the Magic Spreadsheet, and new entry in our KWAS subscription Hideous Creatures: Rat-Things, and a new subscription to join the fold – the 13th Age Monthly – premium creative content from 13th Age experts, curated by Rob Heinoo. Finally, Greg Stolze has written an evocative yet rollicking read, featuring a memory-deficient martial artist, The Forgotten Monk. Set in the 13th Age, it’s Kickstarting here. If your mind is a little askew, you could consider January to be the 13th month of the previous year. I know I do. So, it’s with great pleasure I can introduce the first installment of 13th Age Monthly – Dragon Riding. Seriously, my players will be all over this. I’ll kick them off with griffons though, and see how they get on. The installements are available individually, but if trust to our ability to deliver excellent content and great value, unit 1st March, you can get the first 13 issues for only $24.95, delivered to your inbox shiny and new every month.

Following on from James Semples incrediblly orchestrated Eternal Lies soundtrack, and albums for Ashen Stars, Night’s Black Agents, we are proud to release his most ambitious project to date – a complete soundtrack to the 13th Age. Working with Rob Heinsoo and I and team of composers and live musicians, he’s created a soundtrack worthy of a blockbuster movie – created with roleplaying in mind. Take, for example, the Escalation theme, it starts at one, and loops, then has new themes for each increasing increment, building up tension until we hit 6. That said, it’s also music to listen to, with an inspiring main theme, and themes for each Icon. Listen to three samples here, see the preview video, then toddle off to the store.

The Forgotten Monk is high fantasy and high adventure, woven into a story of strong friendships, deadly hatreds, ingenious criminal mysteries and baffling affairs of the heart. Back it here.

The Eyes of the Stone Thief is on the presses. The proofs are epic.

Battle Scenes and Shards of the Broken Sky are in playtest.

Strangling Sea is ready for layout

We are planning player-facing class-based books which draw from the Bestiary, from actual play and the setting to give more options, tactics and mash-ups for classes.

Rob and Jonathan are in Rob’s garage creating 13th Age Glorantha – and that work is inspiring a lot of thoughts which will spread into the rest of the 13th Age.

There is a lot of encrypted email chatter, Word documents flying left, right and center as Gareth and Ken make real the writing we’ve promised. Cat has been putting together the BackerKit store using its arcane interface, and it will be ready for next week.

Aside from the Dossier – John Adamus’ The Dubai Reckoning is in playtest.

Kevin has been a little behind in updating backers, but the work is certainly happening – the ms he uploaded has getting on 200K words, I’ve seen Ken Hite’s contribution whizz past and other work, such as this art, continues to come in. 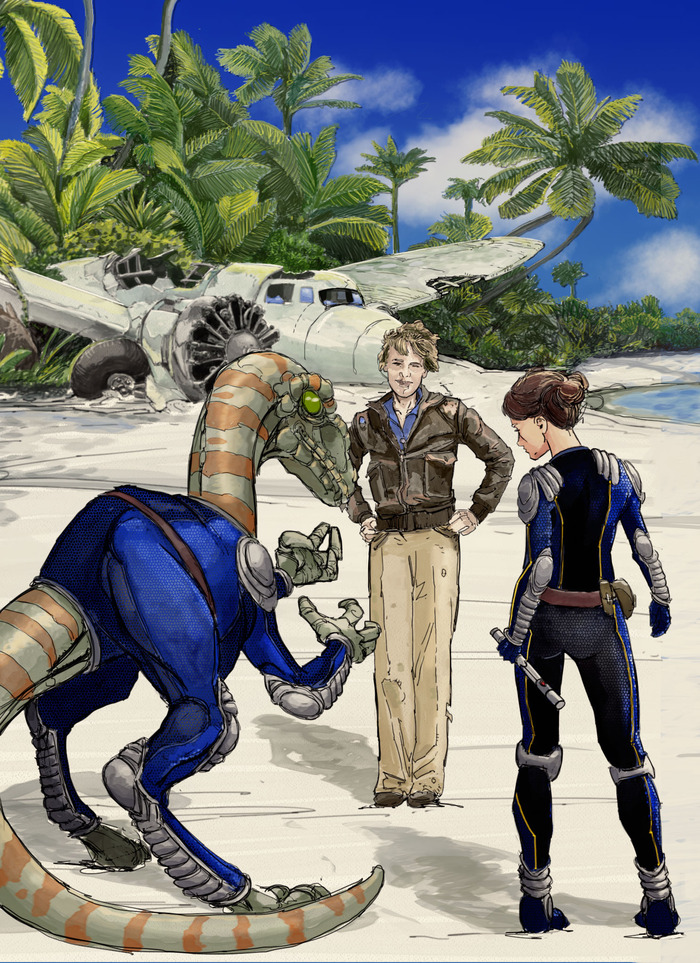 Fear Itself 2nd Edition: awaiting Gar’s liberation from the clawed Hand of Hite in the noisome cellars of Count Dracula. Matthew Sanderson’s Fear Itself adventure Along Unseen Paths is lose sequel to Seventh Circle. The Pelgrane crew played this at IndieCon; great, but even better with cocktails. Congrats to Matthew and Tiffany on their nuptials!

New Trail adventures from Bill White and Ruth Tillman are in playtest, and Paula and Steve Dempsey are working on Fearful Symmetries. We are aslo planning an 1930s Investigator’s Handbook. The Poison Tree continues its slow but steady development.

In face of extreme and vociferous opposition from other Pelgranistas, I have shelved the GUMSHOE Compendium, even though it is a brilliant idea and they are all wrong.

We are not as forthcoming with our figures as the generous and exemplary Evil Hat, but here is my more coy take on last years’ Pelgrane performance. I think this graph does most of the heavy lifting in that article.

We are pleased to announce that we have signed up to the Envoy demo play program. It will feature Trail of Cthulhu, Night’s Black Agents, Ashen Stars, Hillfolk and DramaSystem, Esoterrorists and TimeWatch. Trained GMs called Heralds will run the games for new players in stores and at conventions. If you want to be a Herald, join here.

This will not affect our brilliant 13th Age program run by ASH LAW, Wade Rockett and co, which will continue.

This will just be the best thing ever. Want to be part of International Pelgrane Day? Read more in next month’s Page XX!