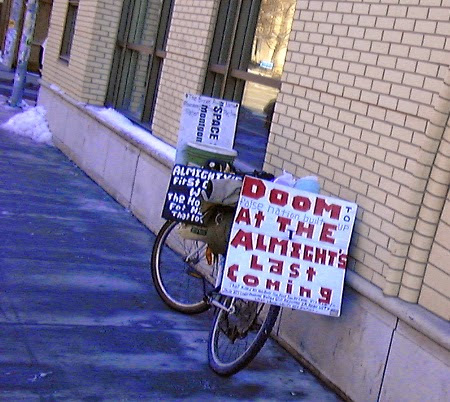 Field assignments as Ordo Veritatis operatives tend toward the short-lived. Confrontations with the beings of the Outer Dark erode mental stability over time. The organization does its best to monitor the readiness of its agents before sending them out on missions. When possible it pulls members who are no longer fit for duty into support positions as analysts, administrators, or assigning officers. If your character gets out in one piece, he may become a Mr. Verity.

Sadly, not all agents adjust well to life after the Ordo. The organization can’t afford to expend resources carefully monitoring all former agents. It cannot enforce its request that ex-personnel periodically undergo psych evaluations and report any untoward findings. Those most in need of extra help tend to be the least prepared to ask for it.

As a result, it is not unknown for retired operatives to drift back toward the occult, or slip into general debility rendering them susceptible to Esoterror influence. To date, no former agent has gone completely rogue and joined an Esoterror cell. But some wind up on the streets, muttering of impending apocalypse. Certain ODEs have long memories and keep psychic tabs on their past enemies across the membrane between realities. Their hunger for pain makes them exquisite practitioners of revenge.

On occasion, then, it may fall to active members of the group to investigate the disappearances of their predecessors. Most of the time, the missing are quickly found, having gone off the grid in response to a brief, containable personal crisis. They are ushered into counselling programs. The team detailed to find them files an unremarkable report and goes home.

However, where the ex-colleague has succumbed to psychosis and by intent or negligence has begun to abet the schemes of the Outer Dark, agents may need to not only bring the subject into permanent custody, but also take care that any evidence of supernatural activity be thoroughly scrubbed.

Unfortunately, an agent’s operational instincts may not deteriorate as rapidly as his grasp of reality. Paranoid, resourceful, often illicitly armed, your quarry may prove difficult to corner. And dangerous when you manage it. Especially if you’re racing extra-dimensional demons to get to him first.