This month we celebrated International Pelgrane Day and the tenth anniversary of GUMSHOE.  We’ve uploaded The Crown Commands, the next 13th Age Battle Scenes book to the printers, and created yet more Hawkins Papers. Work on the extra TimeWatch books continues – they are in art direction, and Cthulhu Confidential is in layout.

Also, available now for a limited time are two PDF Bundles of Holding – the original Trail of Cthulhu bundle and the Trail of Cthulhu +2 bundle – collections which include a swathe of our award-winning adventures, settings and supplements.

The TimeWatch RPG is on general release in stores, supported by Behind Enemy Times and The Book of Changing Years. Work continues on the two supplements,  The Valkyrie Gambit, a set of adventures which includes different TimeWatch settings, and the TimeWatch GM Screen and Resource Book, illustrated by Rich Longmore. Both have been through copy editing and are in art direction. These will be out later this year or early next.  The screen looks glorious – here is a little snippet. Ten years of GUMSHOE! It’s all gone by so fast. My original brief to Robin addressed a particular issue – treating information like treasure to be randomly assigned. But GUMSHOE has grown and spread so much since then, that while it’s still an important feature, GUMSHOE does much more in so many guises, that it’s not the prime reason people get GUMSHOE books any more. From vampires, to personal horror, to mutant cops, to space investigators, along with a host of other settings in KWAS, GUMSHOE has much to offer, and there is more to come. The biggest change over the last few years in particular is how widely played and accepted GUMSHOE is – books to be played, not read. It’s a good job GUMSHOE does not depend on its central conceit – because subtly or not, most games since have incorporated it into their core.

While Cat has been up to her eyeballs in tea and ink creating Hawkins Papers, she’s also working on Cthulhu Confidential with Christian Knutsson doing layout and art design. We intend to have Cthulhu Confidential on pre-order in December, with a softcover limited edition at the Dragonmeet convention. We are also working on the follow-up adventure collection featuring all three original writers. 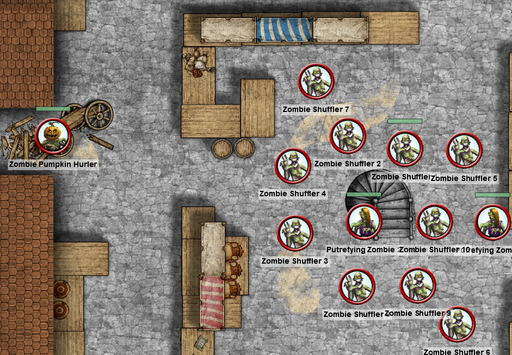 Shards of the Broken Sky is in art direction. The Book of Demons awaits a development pass of the Demonologist character class from Rob. The Bestiary 2 is underway – it’s a glossy hardback follow-up to the original Bestiary featuring our take on more archetypal creatures, and some entirely new creatures.

Out on roll20, we have the virtual tabletop version of Shadows of Eldolan – see all-star actual play here, and buy it in the roll20 store.

As you might have guessed from Robin’s International Pelgrane Day preview game, his next big project is The Yellow King RPG – a mind-bending self-contained game and campaign which we’ll be kickstarting next year. Gareth is due to hand in his first draft Cthulhu City manuscript in early December.