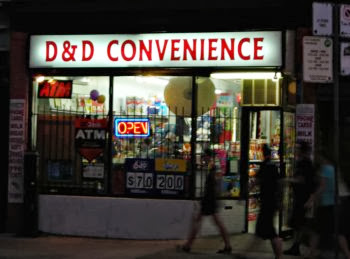 The text of 13th Age refers at several points to the tradition of “d20-rolling fantasy games.” The result of a super-designer team-up between boon pals Jonathan Tweet and Rob Heinsoo, the game arises very much from the the legacy of D&D. For legal reasons related to its use of the D20 license, it can’t evoke that hallowed trademark by name. I can mention that big kahuna of fantasy gaming in this column, because I’m using it for commentary and not to confuse anyone into buying my product instead of the item they really want. But we’ve reached an era in the development of the flagship fantasy game where we need two terms: one for D&D as it is published by our friends at Wizards of the Coast, and another for a tradition of gaming that has now expanded far past that simple demarcation.

Dungeons & Dragons at this point is not just a game but a series of expectations players carry with them down into the monster-haunted depths, packed just as surely as their fifty feet coils of rope. These expectations apply not just to D&D games, but to Pathfinder, which courtesy of the D20 license speciated out from D&D3E in response to the business ecosystem disruption initiated by a previous WotC brand team during the transition to 4E. They also permeate those pole-axe wielding revanchists of the Old School Roleplaying movement—branches of it, anyway.

This places on the table the question: what is D&D these days, anyway? Not coincidentally, that’s the core design challenge of DNDNext, the new version given the self-appointed task of doing away with the whole concept of new versions, in favor of a constantly renewed constellation of variations.

Discussing this would be much easier if we had a term that was less of a mouthful than “d20-rolling fantasy games.” Under its umbrella we want to encompass all versions of D&D, including the one in progress. Along with it we want to bundle the D20 fantasy games that must respond in one way or another to the assumptions Gary Gygax and Dave Arneson rolled out nearly four decades ago—but not other D20 games that dispense with the halberds and dungeon-bashing model. That is, Pathfinder and 13th Age but not D20 Modern or Cthulhu. And the OSR games that seek to replicate various elements of early D&D play, but not the ones reverse-engineering classic Traveller or Marvel Super Heroes. You might argue whether a particular game on the fringe of this definition fits within it or sits outside of it, but to do that we need a simple term.

You could say D&D&D, for Dungeons & Dragons and Descendants. As much as it gets at the idea, it’s still inelegant to say and on the page looks like an eruption of machine code into the surrounding text. DDD looks better in type but when you try to say it sounds like you’ve swallowed a chickadee. 3D might work, if it weren’t already taken by something much bigger than the hobby game industry. Triple-D invites innuendo.

I crashed on the rocks of acronym despair, until in front of my eyes, I saw it: F20. It takes the key elements in “d20-rolling fantasy games” and rolls them into a short-form that looks all right on the page and is easy to say.

Let’s all practice saying it:

“Hey, Mike, are there elements of the F20 tradition you tried to fit into D&DNext, but no longer see as an option?”

“Pathfinder does the best kobolds of any F20 game.”

“I’ve scheduled my game slots at this con as a progression through F20 history.”

Since it’s a blueprint for the actual fun had at table, any roleplaying game creates a tradition larger than the rules set itself. Especially in the early days, assumptions about how games ought to feel, and the division of responsibility between GM and players, came about as much from oral tradition as what was on the page in the game books themselves.

Love it or roll your eyes at it, Dungeons & Dragons has always occupied a flagship position in the roleplaying field. The state of F20, whether it’s on an upward curve or cycling down, ripples through what the rest of us do. Even if you’ve never gone near D&D and don’t plan to anytime soon, the industry that sprang up around it created the infrastructure that made possible the slice of the hobby you do enjoy.

The D20 revolution that accompanied 3E brought about a reversion to the mean, as the flow of design and commercial energy previously devoted to other standalone RPGs largely diverted itself to a re-engagement with the latest take on D&D. That in turn left another field of exploration open for the storygame movement to go in a completely different direction.

After the less attractive strictures of the open license accompanying 4E, the attendant growth of Pathfinder, and then the early setting aside of 4E for the deliberative roll-out of DNDNext, we are now in the complicated taxonomic world of F20. Here, multiple takes on the tradition try to decide what is core to the experience and can’t be dispensed with, and what is unnecessary outer detailing that can profitably be stripped away.

In each case the designer works not just with the rules, but with the expectations of players. When examining an apparently unbalanced element of F20, you have to ask yourself—is this just getting in the way of fun? Or is it intrinsic to the F20 feel that so many gamers cherish, even with the various taxes on learning curve and pacing it levies on GM and players?

Grappling with what is and isn’t essential to make an F20 game resonate with players, then, goes to the heart of roleplaying’s balance between math and art. The more choices F20 offers us, the more it helps us as individual gamers to articulate what we like about the set of ingredients that go into our favorite recipe for F20.

For example, within the F20 umbrella you might play on a grid and carefully track positioning, which forms a hook on which to hang various mechanical effects, from flanking on down. Or you might reach for the miniatures only when you’ve lost imaginative track of what’s going on in the fight. Both feel very differently from one another. Depending on the latest thinking from Wizards, one of these might be D&D at the present moment—or both of them, depending on which module you choose. But these choices are F20.

By framing it in this way you sidestep the definitional argument in which many of the geek tribe prefer to conceal their preferences. Instead of saying, “this doesn’t feel like my game,” you might be able to grope your way to why you like the one choice better than the other, and what that says about what you want to happen in your games.